The Most Popular Temples in Bangalore to Visit on Shivaratri

Lord Shiva is, for many Hindus, a favorite god. He is believed to be a generous god as well. Visiting Shiva temples on the eve of Shivarathri is a custom. For a religious tour in Bangalore, here are some of the prominent Shiva temples.

In Bangalore, there are several temples of Lord Mahadeva. Some belong to the old era and some are temples of the modern-day. For your temple tour for Shivarathri, you should check out this list of temples. 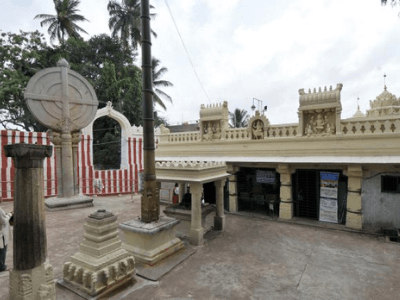 An outstanding example of Indian rock-cut architecture in Bangalore is Gavi Gangadhareshwara Temple. Within a natural cave, the temple is created. This temple is also known by the name of the Cave Temple of Gavipuram. Lord Shiva is devoted to it. Lord Shiva, whose monolithic idol is worshipped, is the principal deity inside.

In the 16th Century AD, the temple was designed by Kempe Gowda, who founded Bangalore.

Kempe Gowda founded this temple after he was released from jail after five years, according to legend. He was grateful to Lord Shiva for granting him independence, and he founded the temple out of his faith and devotion to the Lord.

Special astronomical importance is granted to the temple. The Sun’s rays happen to pass between the horns of Lord Shiva’s bull (Nandi) about an hour before sunset on the day of Makar Sankranti and bathe the temple’s main idol in light. It is the most beautiful landscape and is known as the Sun Bath or Surya Majjana. 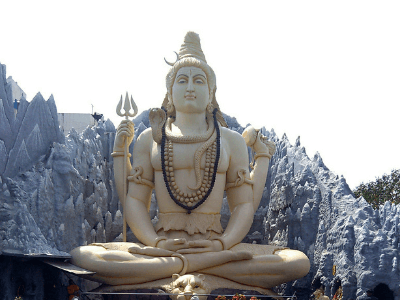 One of Bangalore’s most important landmarks is Kempfort Shiva Temple. This temple of Shiva was recently established in 1995 and attracts a lot of devotees. It is considered to be one of Lord Shiva’s most magnificent temples in the world.

It is known for its 65-foot tall and mesmerizing Shiva statue set in the background of the Himalayas and the Mansarovar Lake look-alikes that offer this temple a seductive look.

In the temple, there is a magical healing stone as well. People come here to touch this stone of healing that is said to have been blessed with mystic powers of healing.

The entrance to this temple of Shiva is marked by a 25-foot Shivalinga, considered to be a holy form of the deity. As well as models of other forms of Lord Shiva, the temple also carries a massive Ganesha idol. 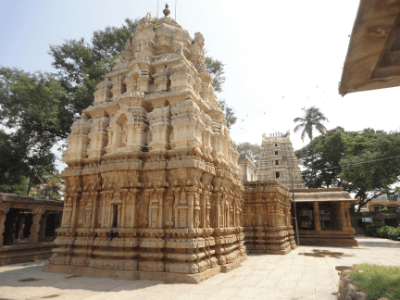 The Halasuru Someshwara Temple is considered to be one of Bangalore’s oldest temples. During the Chola era, it was founded. Lord Shiva is dedicated to the temple. Under Kempe Gowda-2’s rule, this temple had a significant modification. Gopuram, its architecture, and the beautifully carved sculptures continue to provide this temple with elegance.

Kempe Gowda was hunting one day, according to one of the famous stories, and went far away from his kingdom and fell asleep under a tree. He had a dream and saw that, in his name, the local deity had ordered him to create a temple. When we woke up, he found a treasure and quickly finished creating it. 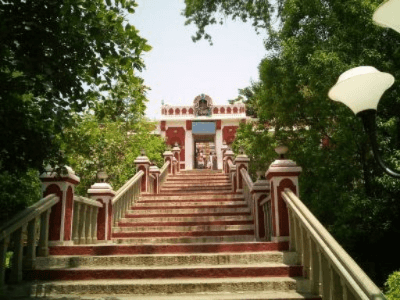 Kadu Malleshwara Temple is considered to be one of Lord Shiva’s most beautiful temples in the city. It was built by Venkoji, who was the brother of Maratha King Shivaji, in the 17th Century AD. This temple is also known as the Swamy Temple of Mallikarjun. In this temple, the primary deity is Lord Shiva, who is worshipped in Mallikarjun’s form.

There are two entrances to the temple, one that allows you inside the outer sanctum, and the other that has steps that allow you to the temple’s outer sanctum. A beautiful garden sports the temple and has a peaceful atmosphere. Surely, this legendary temple is a home of peace and tranquillity.

Another important attraction of this Lord Shiva Temple is the Nandishwara Teertha. Here, from the mouth of the Nandi statue, water flows continuously and falls onto the Shiva Lingam. The water is also believed to be the source of the Vrishabhavathi River. 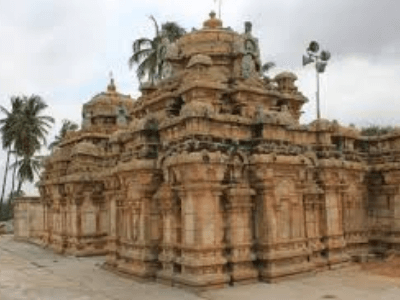 During the Ganga Dynasty’s reign, the Begur Nageshwara Temple was built. Later on, however, during the reign of the Chola Dynasty, additions were made to this temple. This temple is located in Begur, which is a small town on Hosur Road, about 13 km away.

There is a square sanctum that leads to an open hall and connects to Maha Mantapa. The architecture is elegant but simple. It has foundations of white granite. In the form of Lingam, Lord Shiva is the principal deity and is worshipped. 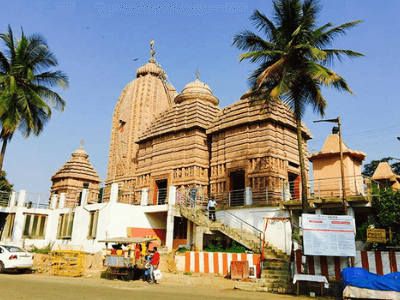 Kote Jalakanteshwara, renovated by Kempe Gowda, is a Chola Period temple. This temple was dedicated to Lord Shiva and is situated near the bus stand at Kalasipalya. It is one of Bangalore’s most famous Shiva temples and draws thousands of devotees from all walks of life. The temple has three main sanctums which, in the form of Parvathi, Kailashnathar, and Jalakanteshwara, were dedicated to Lord Shiva.

It is a small temple diagonally opposite the Temple of Kadu Malleshwara in Malleshwaram. This temple is truly magical, so as soon as you enter this temple, you can go into meditation. “There is the Nandi statue at the focal point, which is positioned in the direction of the South and gets the name “Dakshina Nandi. The temple has three main sanctums that were dedicated to Lord Shiva in the form of Parvathi, Kailashnathar, and Jalakanteshwara.

The Shiva Lingam in the center is located here. Waterfalls on it from Nandi’s mouth, and eventually flows into the middle of the temple into a stepped tank, known as “Kalyani.” It has been estimated that this temple is about 400 years old.

During excavation work, however, it was recently discovered in 1997 AD. The book by BN Sundar Rao, “Bengalurina Itihasa,” states that this temple was built together with the Shiva Lingam and the Nandi by Rao Bahadur Yele Mallappa Shetty. 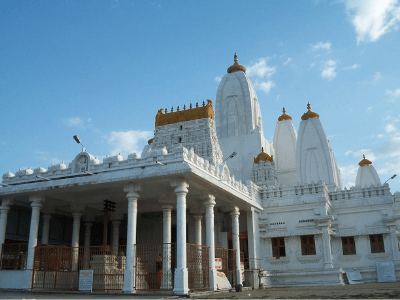 The Temple of Dwadasha Jyotirlinga is located at 2800 feet above sea level on the Omkar Hills. It is composed of 12 small temples of Shiva. It replicates the other temples of Jyotirlinga throughout India. In 2002, the building of this temple began. All the Lingas are constructed from stones taken from the Narmada River inside this temple and are considered very auspicious.

So, this completes our list of Bangalore’s famous Shiva temples. We hope you find the post informative and useful.