Peddamma Temple is dedicated to Goddess Durga, who is shown as Durga sitting on a lion (Simha vahanam. The name Peddamma derives from two verbs ‘ pedda ‘ and ‘ amma, ‘ meaning mother of mothers, denoting the goddess. 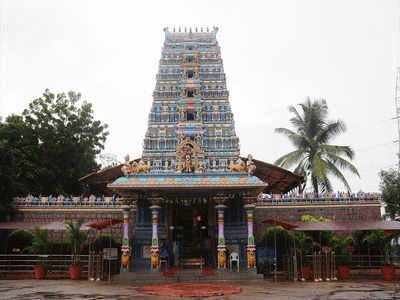 People believe that whoever takes darshan of Goddess Peddamma, their wish will fulfill. One of the strong beliefs in this temple is the coin you put on the chavidi of Peddamma temple, if it stands vertically at the flagpole without falling, the wish in the mind will be fulfilled.

There are many legends/stories citing Peddamma Temple’s origin. According to one legend, Goddess had come to quench her thirst at the well located in this place, after putting an end to the demon. Later a shepherd spotted a goddess idol at the same place where the temple now stands.

According to another legend, a demon named Mahishasur, the son of the demon king Rambha and water buffalo had defiled Indra, the heavens king. He had Lord Brahma’s blessings that neither man nor God can kill him, because of which he had become more and more vindictive. To put an end to his cruelties, Goddess Durga came into being at the request of other gods and blessings of the Holy Trinity-Lord Brahma, Lord Vishnu, and Lord Shiva. Along with the powers of Trinity and other gods, Goddess with great power destroyed the demon Mahishasura in a fierce battle. 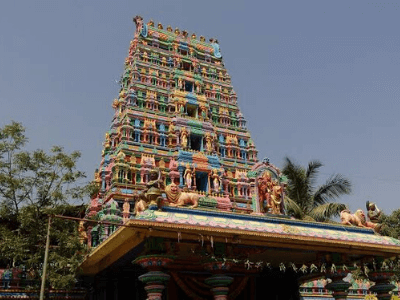 Peddamma Temple is also renowned for several festivals during which devotees from different parts of the state visit to receive blessings. With great fervor and enthusiasm, this temple celebrates the Bonalu Festival which is celebrated in the month of June-July. Women carry earthen pot covered with neem leaves along with turmeric and kumkum during this festival which contains items like rice, jaggery, milk, and curd. These earthen pots are brought to the Goddess as an offering. The big Peddamma Gudi Temple festival is Rathotsavam that is held at Ratha Saptami.

You can also visit other Hyderabad tourist attractions nearby such as KBR National Park, Shilparamam, and also Hi-tech city when visiting the Peddamma temple. 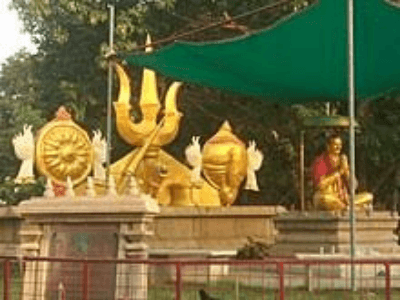 How to reach Peddamma temple

Situated on Jubilee Hills road no 55, this temple is easily accessible through all modes of transport. There are many regular buses passing through this temple as well as several direct buses from Secunderabad and MGBS Bus Stop. Peddamma temple is about 13 km from the railway station of Secunderabad, while it is about 14 km from the bus stop of MGBS. You can go to the temple by auto-rickshaw and even cabs. 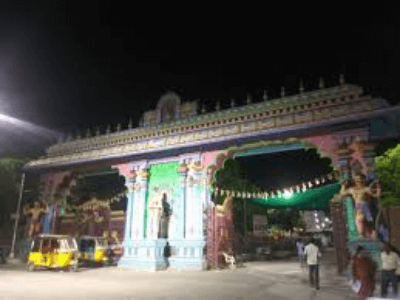 Nearby Places at Peddamma Temple