Pashupatinath is dedicated to Lord Shiva and is one of the four most popular holy sites for Shiva devotees in Asia. The site itself is said to have existed from the beginning of the millennium when a Shiva lingam was discovered here, built in the 5th century and later restored by Malla kings.

It is Nepal ‘s largest temple complex, stretching on both sides of the Bagmati River which is considered holy by Hindus. The main temple of the pagoda style has a gilded roof, four silver-covered sides, and exquisite wood carvings. Temples dedicated to a number of other Hindu and Buddhist deities surround the Pashupatinath temple.

The exact date on which Pashupatinath was built is unknown. Given that fact, Kathmandu ‘s oldest Hindu temple is called the Pashupatinath.

The earliest documentation of the presence of the temple dates back to 400 A.D. At the end of the 17th century the present main temple of the Pashupatinath complex was built to replace the previous one, destroyed by termites.

Over the last few centuries, countless smaller temples have been built around the main temple on both banks of the Bagmati River. 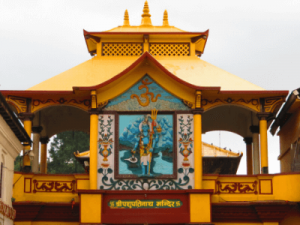 There are numerous legends related to the temple building. The most prominent one says the temple was built on the spot where Shiva lost one of his antlers when he was in a deer’s guise. He and his wife arrived at Bagmati bank and, shocked by the site ‘s beauty, decided to turn into deers and walk in the nearby forests.

Gods and humans decided to return them to their duties after a while but Shiva refused to return and they had to use force. Shiva lost one of his antlers in the battle, which later became the first lingam worshipped at Pashupatinath by Hinduists. This relic was subsequently lost and, according to another legend, discovered again by a herdsman whose cow revealed lingam ‘s position by irrigating the place it was buried with her milk.

Pashupatinath is a place where centuries-old Hindu rituals are performed in their beautiful initial form, offering tourists the opportunity to witness the special spirit of Hindu life, death, and reincarnation rites.

Pashupatinath is one of the world’s few living cultural heritage sites too. Pashupatinath is the center of energy with the active participation of people at all times of the day, every day, unlike other cultural sites or museums. The Pashupatinath Temple Daily Rituals are as follows: 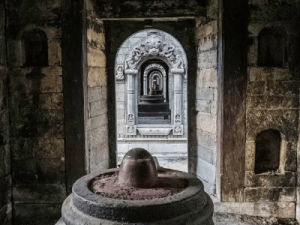 How to Reach Pashupatinath temple

From Kathmandu (from Ratna Park or City Bus Station) to Patan, regular bus services run. To reach Goshala, the stop for Pashupatinath, takes about 45 minutes. Battery-operated Safaa tempos depart from near Kathmandu’s Ratna Park office and drop the pilgrims on Ring Road, west of Pashupatinath. Then you can hire a tempo that goes to Chabahil or Bodhnath.

Places to visit near Pashupatinath temple