Chittaranjan Park Kali Mandir is a temple complex in Chittaranjan Park, New Delhi, India. Built on a small hill, it began in 1973 as a Shiv temple, still within the complex, adding in 1984 the larger shrines dedicated to the goddess Kali, Shiva, and Radhakrishna. During the annual Durga Puja festivities, it has remained an important point of convergence of the local Bengali community. 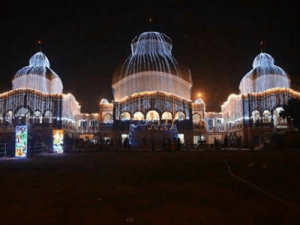 It was established in 1973 on land acquired by the nascent colony of the EPDP, and on the edge of the colony, a small temple was consecrated to Shiva. The Durga Puja tradition began in 1977. The expansion of the devotee base made it possible to construct an impressive Kali temple in the terracotta temple style in Bengal in February 1984. Two temples followed one for Shiva and one for Radha-Krishna. The temples were overlaid around 2006-09 with intricate terracotta designs. 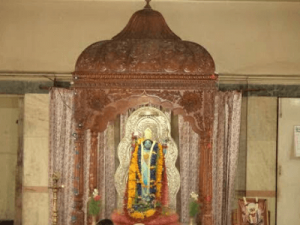 Rituals Performed in this temple

This shrine is an emblem of great fidelity, no matter what it may be. The religious offering of fresh flowers, especially Bengal-specific flowers, is the remarkable trend of religious rituals and rites. Sandhi pooja’ looks unfulfilled and incomplete without offering’ Blue Lotus’ for which the owner of all ponds in Bengal is booked in advance.

By Air: The Temple can be reached through the nearest Indira Gandhi International Airport which is well connected with regular domestic flights. 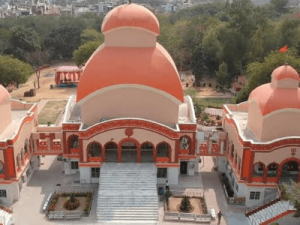 Festivals Celebrations in the Temple

The Kali Mandir Chittaranjan Park is hosting many festivals and organizing many pujas throughout the year. Many people who are enthusiastically taking part in these pujas and festivals are attending them. The temple’s most celebrated and popular festival is Durga Puja’s five-day festival. It is one of Delhi’s most famous festivals and draws an enormous crowd. The puja is observed with great devotion on a grand scale. Great flowers are offered every day to Goddess Durga. For the blue lotus that needs to be offered to the deity during sandhi puja, entire Bengal ponds are booked well in advance.