Gangamma is Shakti’s incarnation in Boyakonda Gangamma Temple. It is dedicated to Venkateswara’s sister at Diguvapalli, Chowdepalli(Mandal), Chittoor (district), near Tirupati, Andhra Pradesh. The temple lies 18 kilometers from Punganuru, 150 kilometers from Bengaluru, 20 kilometers from Madanapalli.

This is a Devi temple as the name indicates. Sri Boyakonda Gangamma Devi, according to Purana, is a sister of Sri Venkateswara Swamy. This makes Sri Gangamma one of the most significant Goddesses connected with Tirupati, perhaps just next to Sri Padmavathi Ammavaru, the consort of the Lord.

Sri Gangamma Devi is believed to be known for caring for and protecting her devotees. She answers his devotee’s question readily and ensures they are addressed swiftly. This temple was built in memory of the goddess facing the attacking Navab army and defeating it. 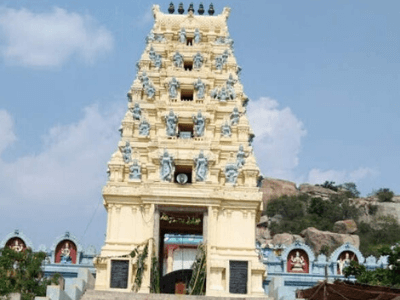 The temple has gained fame and followers in recent years, with the influence and excellence of Sri Boyakonda Gangamma Devi. The temple today receives a steady flow of visitors, numbering up to 20,000 devotees in a day.

The devotees at this Boyakonda Gangamma Temple seek permission and guidance from Sri Gangamma Devi by putting a flower on top of her head. This seeking permission is known as Aduguta Pushpam. If the goddesses let the flower drop right here, affirmative permission will be taken and the devotee will continue his / her decision. If the flower falls on her left side, then Sri Gangamma Devi takes this as a warning, indicating he/she needs to be more careful when making the decision.

On the top of the hill, where the geographically underwater resource is limited, there is a miraculously massive well. For centuries this water resource has been known as a cure for many illnesses. Some Ayurvedic practitioners have even used this water with great success as a medicinal resource. The sprinkling of this water before the seeding process will yield a rich crop according to local farmers.

The Sri Gangamma Temple is dedicated to the Lord’s sister Sri Venkateswara Swamy according to the Purana. Sri Gangamma Devi is currently considered the guardian of her devotees and the removal of the defectors. Two tribal known as Boyas and Yelikas used to live in the forest around the hill a couple of centuries ago. The Gangamma Devi was considered her chief deity where they prayed for healthy crops and life. But the Navab Invasion from the North disrupted the peaceful time. The two tribes had joined together to repel the attackers. Now the Navabs king feared a massive revolt, withdrew his main army to crush the Boyas and Yelikas. Needless to say, the massive trained and a groomed army of Nawabs was not enough tribal solidarity. Both the tribes withdrew into the Temple of Sri Gangamma, praying for Devi’s support and direction. Goddess Sakthi is thought to have taken a physical form, to kill the attacking soldiers of the Navab. According to legends, Devi’s anger was only sat after the Navab soldiers who tried to harm her bhakta’s heads were separated. 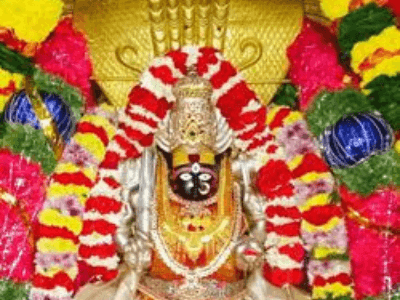 How to Reach Boyakonda Gangamma Temple

This temple can be accessed by all the modes of transportation available.

Tirupati is the nearest airport located at a distance of 150 kilometers from this temple. Frequent road transportation is available to this temple.

Pakala railway junction is the nearest railway station to reach the Gangamma temple and located 21 kilometers from this place.

Near By Places in Boyakonda Gangamma Temple