BENGALURU: Anxiety over Covid-19’s spread has also seized the religious tourism circuit of Karnataka. Many temples in Dakshina Kannada, Udupi, Chikkamagaluru and Uttara Kannada have seen the number of devotees dropping dramatically from Madhur on the Karnataka-Kerala border to Mardol in Goa. 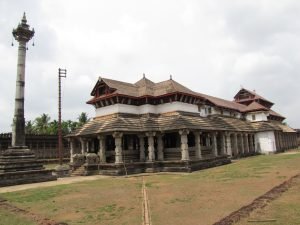 Jain tourism centers like Moodbidri, Karkala in the district of Dakshina Kannada and Shravanabelagola in Hassan have registered a big drop in tourist inflow after the virus outbreak.

Most religious organizations have given their devotees advisories to stop visiting temples until the Covid-19 scare mitigates them. The first advisory to be submitted was the temple of Dharmasthala Manjunatha in the Puttur taluk of Dakshina Kannada. It was followed by the Kukke Shree Subrahmanya temple, which even in the off-season gets a footfall of more than 20,000 a day, and at festivities about 100,000.

“We’ve been sending advisories through Karnataka, Tamil Nadu, Andhra Pradesh, Telangana, Kerala, Gujarat, Maharashtra, and Goa from where we get the most devotees. The temples have already experienced a 40-50 percent decline in attendance, and the numbers may fall further in the next week, “said Kota Srinivas Poojary, minister for religious endowments for Karnataka.

“… We can’t forecast or estimate the loss of tourism income in these tough times, but every devotee must definitely exercise extreme restraint. Health experts have advised the government not to allow large gatherings anywhere, especially in religious places where people are taking health risks, “Poojary added.

Karnataka Dharmika Parishat leaders estimate first quarter (January-March) revenue to be around 100 crores out of 75 “A” temples. A grade is allocated to temples that take care of devotee donations for their expenses. 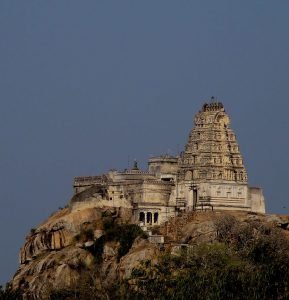 Jagannivas Rao, a former Dharmika Parishat member of the state, said: “Financial figures are handled by the State Department of Muzrai and Religious Endowments, and there is no way that the correct figures are put out religiously every year. There will be significant financial losses for all temples because attendance in the main temples has dropped below average.

Most Jathras or annual temple festivals, such as “Panchamaharathotsava” of Srikanteshwara temple in Nanjangud, near Mysuru, and “Vyrmudi” festival in Cheluvanarayana Swamy temple in Melukote, in Mandya district, take place between 14 January and 8 May.

“On 2-3 April, those festivals will attract at least 500,000 participants. It will be a challenge as the festivals draw rural people and they are both numbers and excitement uncontrollable. We’re certainly worried at Melukote and my friends in the administration set up at Srinkanteshwara temple in Nanjangudu are in the same boat, “said Santhanaraman” Sthanik “of Cheluvanarayana Swamy temple, Melukote.